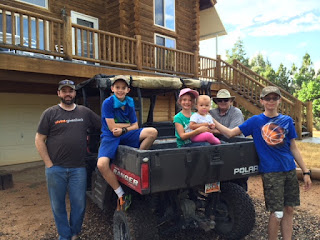 “Wouldn’t it be so fun to buy a cabin and have a place of our own, out in the woods?”  Three years ago we tossed this question around, and decided the answer was yes.  We wanted to teach our city kids to live off the land.  We wanted a remote getaway, where we could enjoy quiet and serenity.  We wanted to make memories. The drive there was inspiring, through beautiful mountains.  It took just over an hour, so we thought we could go up on weekends, no big deal.

The land had a beautiful house with a well, a generator, propane tank, electrical, everything.  It was passive solar, so the windows got tons of sunlight.  The thick log walls kept heat in during winter, and kept it cool in summer.  There were even bat houses around the house itself.  I learned that bats are friends because they eat pesky bugs.  It was perfect. 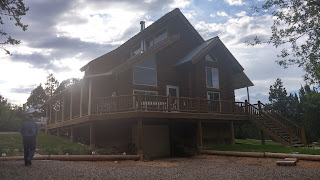 But in the end, it took too much time, money and effort to maintain it.  Last month we sold it.  I’m condensing a three year journey into a very short essay here.

Random lessons we learned:
Cabins usually come fully furnished.
Well water tastes different than city water.
You can flush a toilet by dumping a few gallons of water in it.
If your daughter gets a tick in her neck, instead of pulling it out like I did, you should do this:
light a match, blow it out, and then put the hot match next to the tick.  The heat would make it scurry away.  Also, if the tick is in for less than 24 hours you don’t need to freak out about Lyme disease.
Deer ticks live in the sage brush, not in the trees.
A cell phone booster can help you get reception in dead zones.
Chain saws are finicky. 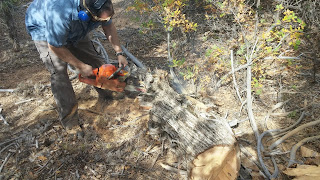 The best way to bait a mouse trap is with peanut butter.
If you throw dead mice out in the trees, the big critters will eat them.  (Rodent removal was up to Norm.  We had an unspoken agreement.  *Ugh.)
Cabins have flies.  It’s part of the deal.  Cluster flies leave little chemical trails for their friends, kind of like a party invitation.
If a bat accidentally gets inside the house, then next time you’ll find a little bat poop on the floor instead of a thousand dead flies.
You can use chopsticks to relocate a dehydrated bat. 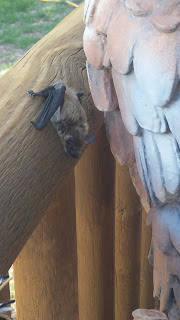 When you drive a four-wheeler, if the parking brake is on, it doesn’t work very well (oops).

Think of how much work it takes to maintain your house.  Now take some of that energy and spend it on a weekend away.  You have to pack your food in and the trash out.  When you get there you find a bunch of stuff that needs attention at your peaceful getaway.  Incidentally, we kept brainstorming ideas for the property, something unique and personal to us.  The best name that we came up with was, “Always something,” meaning that almost every time we arrived we encountered a problem.  Then return home to the city with dirty laundry and chores to make up for being gone all weekend.

That said, it wasn’t all bad.
Here are some of the really good memories:
Lots of trees
View across the valley 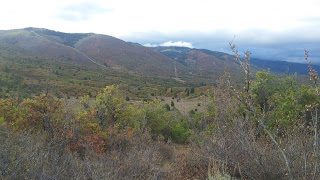 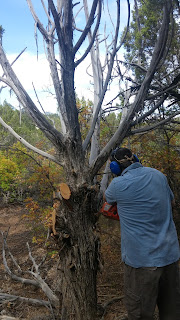 Super bright moon
Watching the bats dive bomb out of the bat house at twilight
Scout camp.  One weeklong summer camp and two overnighters
Amber loved the cabin.  She’d get so excited when we said we were going there.  (Except she didn’t sleep when we were there.)
Nights by the fire pit.  Grandpa Kemper stories, s’mores, hot dogs
Cold nights by the wood stove
Sunrise:  Watching and hearing the birds as the world wakes up
Game cameras:  seeing different animals around the property
Quiet:  you can’t hear the freeway.  The quiet goes deeper.
Drive to the lakes, fishing
Sledding in fresh snow
Some of the best neighbors
The most amazing starry night and shooting stars (I wrote about it here, last paragraph)
Really good hamburgers
Friends that came up with us for a weekend
Archery 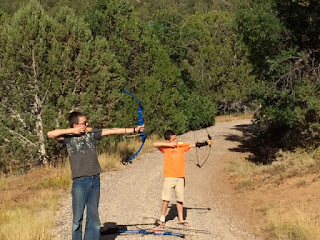 Winter hike in:
It was a beautiful, clear January day in 2016.  That year we got a Lot of snow.  A few miles from the cabin, we parked and split up.  Norm went ahead with the old snowmobile.  The kids and I wore snow pants and started hiking, thinking that after a little while Norm would come back and give us a ride the rest of the way.  After over an hour, we stopped at a stranger's house and a kind woman gave me water.  Amber was still nursing, and I was soo thirsty.  I’d wrapped her in a shemagh (one of Norm’s tough man scarves, useful for just about anything) and tied her to my waist, carrying her in my arms.  The three big kids did great hiking.  Meanwhile Norm got to the driveway of our property and then broke trail uphill through four feet of snow to get from the gate to the cabin.  Eventually we all met up, tired but glad to be safe.  The generator wouldn’t start, so the well wouldn’t work.  Luckily there was plenty of snow outside, so we heated it on the stove to give us water to drink and wash.  Just writing this story and remembering the details makes me tired. 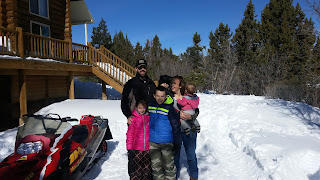 To summarize:
If you own time shares and complain about maintenance fees, just stop.  It’s a great deal to own something and not worry about calling a plumber when pipes break.
If I had to do it over again and was still convinced I wanted property out in the wilderness, I’d buy the land only and skip the house.  I’d think twice if my husband was the scoutmaster (Norm already had a monthly camping commitment, plus a demanding job) or if I had a small baby (crawling or toddling on the floor with the dead flies.)
Lastly, it was a cool miracle that we sold it this past winter.  This January had very little snow, so it was accessible with normal vehicles.  The housing market improved over the past few years, so we didn’t lose money on it.  Overall we gained wisdom and our big kids learned to work and do some interesting jobs.  We had unique experiences there, and we appreciate the amenities of the city even more. 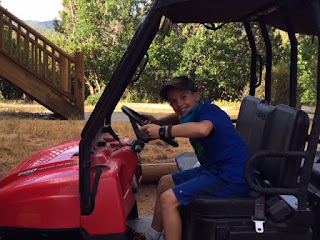