Today is Labor Day, so of course we grilled burgers and swam in the backyard with friends. In six more days, it will make TWENTY YEARS since September 11, 2001. For my friends who are new to TX, you need to check out: 1000 Texan Trail; Grapevine, TX 76051.  On 9.11 there are fresh flowers and wreaths around the plaza at the 9/11 Flight Crew Memorial. 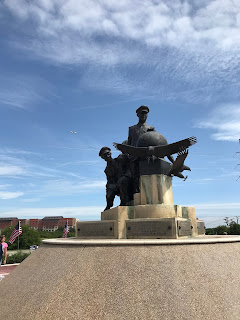 American Airlines has a hub in DFW. Many of our friends are pilots and flight attendants, and many of our neighbors work for the airlines.

One of the most memorable things I've ever done on September 11 is to visit the Flight Crew Memorial in Grapevine. Taking my kids there has been a way for me to teach about the past. It helps them to connect to the greater community and share this collective grief as Americans. They are too young to understand what happened that day, but I've been moved to tears as I've talked with strangers in this setting.

One year an older gentleman approached me and said, "Thank you for bringing your children here." I could see behind his sunglasses, his eyes were also brimming with tears. We didn't talk for more than a moment. But stop and ponder. This older gentleman expressed gratitude at seeing a young mom there, trying to teach my kids a measure of respect and gratitude. I hope we pass this down to the next generation.

One year (before Covid) a woman saw me crying and asked if she could give me a hug. Of course! I accept hugs from strangers when we're both crying on a really difficult day. 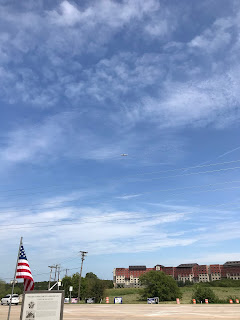 For the fallen fire fighters: 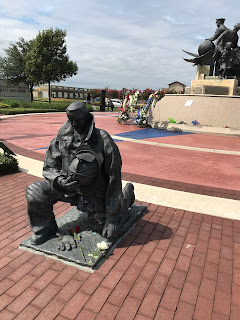 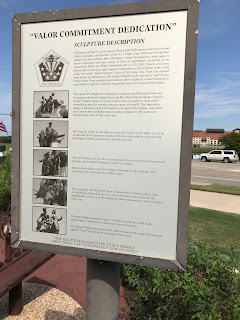 For my daughter and her friend to begin to understand: 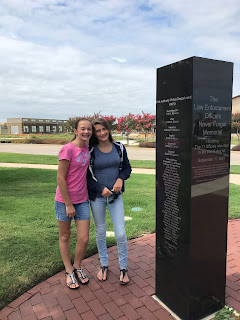 My dear friend T helped me make bracelets. I wear them to remind myself of this precious freedom. 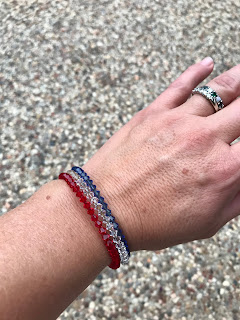 While I'm walking down memory lane over here, these are some of my favorite photos of the Texas flag. At the Gaylord. 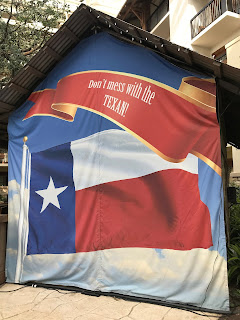 In my son's room (it was super messy so I had to crop out most of the mess). 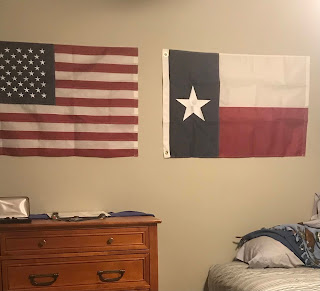 At the elementary school on the first day of class, the high school drumline helped all the kids get excited to march inside. 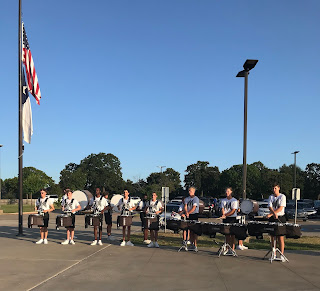 At Caddo Lake, in the middle of a swamp, I love that somebody went to the trouble to fly the flag here. 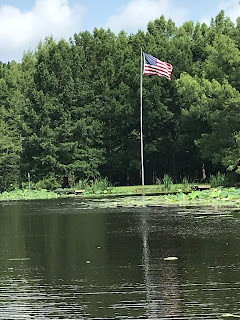 And here's my favorite throwback. 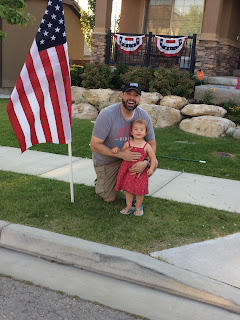 Happy Labor Day y'all.
Post Script
On Facebook last week, I read some really inspiring stories and memories of 9.11. This one touches my heart deeply. It's by a Romanian journalist named Cornel Nistorescu, who originally published an essay in September of 2001. He talked about the American spirit, and the English version was circulated not too long after.  "Why are Americans so united? They don't resemble one another even if you paint them! They speak all the languages of the world and form an astonishing mixture of civilizations. Some of them are nearly extinct, others are incompatible with one another, and in matters of religious beliefs, not even God can count how many they are. Still, the American tragedy turned three hundred million people into a hand put on the heart..."
That's just the opening. It's worth reading the rest over here. Ode to America
For a beautiful 28 minute video, I loved this 9/11 Coming Together, 20th Anniversary Music and the Spoken Word. The Tabernacle Choir, narrated by Jane Clayson Johnson and featuring Kristin Chenowith.