What's the deal with Mormons and the temple?

I have a handful of neighbors and relatives who have asked with genuine curiosity, "What's the deal with Mormons and the temple?" Well, I'm glad y'all asked. Here's your big chance.

First, a word about the name of the church. It's not the church of Mormon. It's the church of Jesus Christ. We follow his teachings and we try to be like him. We pray to God the Father, in the name of Jesus. He stands as our great Mediator and Redeemer. He is the reason we go to church.

Mormon is the name of a great Native American writer, warrior and prophet. He's the man who wrote down the history of his people. What did he write on? How did he make a record that would last hundreds of years? Papyrus? no, he used tools and etched his words into a gold alloy. The records were heavy. If you ever want to read a fascinating history with tons of war chapters, drama, and life lessons, y'all need to check out The Book of Mormon. It stands with the Bible as another testament of Jesus Christ.

Now to answer your question. More than anything, the temple is like a school or university. Last week Norm and Cade and I drove to Oklahoma City, so while this is fresh in my memory, you get all the details on why. 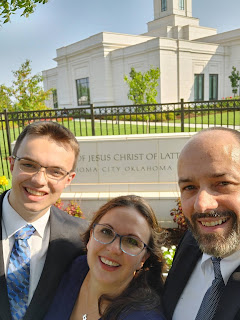 My temple prep began when I was a little girl. If I were to compare this preparation to school, like elementary and middle and high school, you begin to see that each grade prepares you for the next. So for Cade to go to the temple for the first time last week, it's like the equivalent of graduating from college and being admitted into grad school. Is he done learning? Not even close.

My learning took place at home with my parents, at church, at early morning seminary, at religion classes in college, and through a lot of "homework," or personal time spent praying and pondering and searching.

Elementary school - Songs from my childhood

Middle school - Stuff I began to understand when I was 12

When I was getting ready to go on a mission to Paraguay, my parents took me to the temple in St. George, Utah. The Las Vegas temple was closed for a month or two that summer, so we drove north.

Temple 101: Before you even walk through the door 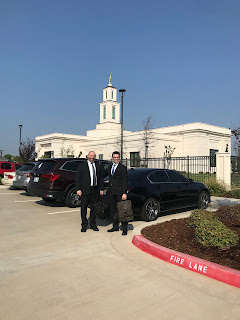 Temple 202: The three pillars of eternity 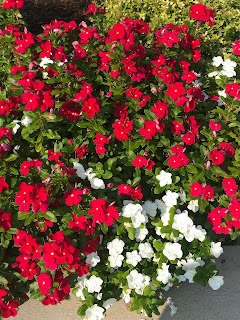 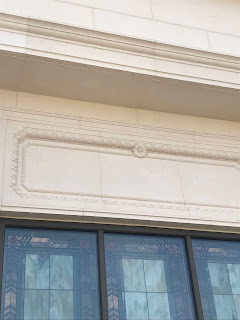 Ultimately, Norm and I hope that each of our kids will enter adulthood, choose to receive their temple endowment, maybe go on a mission, and marry and have that marriage sealed in the Holy Temple. The whole point of the temple is to point us back to Heavenly Father.

I've included a LOT of links in this essay. If you want to read one more blurb, this one is well written, insightful and pretty recent. Elder David Bednar spoke to the general church membership in 2019 and you can find his remarks here. I highly recommend it.

If you ever have a chance to tour a temple for an open house, do it. If you live near a smaller temple that's already in operation, you can enter the gates and walk around outside, respectfully, without an invitation. It's not for use as a dog park or playground, but people of any faith welcome to tour the grounds. If you're ever in SLC, you can tour the conference center and the tabernacle now, even while the temple is being renovated. The sister missionaries won't try to persuade you to do anything, they'll let you walk around on your own if you want. But there's a feeling of peace and serenity that is undeniable. My main take-away from our trip to the temple last week is PEACE. I felt an overwhelming amount of love and gratitude and peace in this holy setting. Temples are a place away from the hustle and bustle and commotion of day to day life. As the world increases in chaos and calamity, I love that the temple is a refuge and shelter from the storm. Most temples have these words etched in stone: Holiness to the Lord, the House of the Lord. 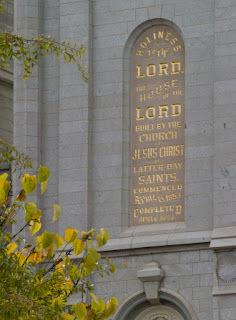